I’m on my way home to Tennessee.  Last night we were at the grocery store and we ran into Ana, the Principal of the La Toma School. She had her family with her so we met children and grandchildren. It was so good! It is that feeling that you have when you live in a community and you run into your friends as you go about your day. We were all excited.  What a blessing…unexpected…pure gift.  I call this God’s grace – just showing up and making life more beautiful than we deserve or can even imagine.  I have friends in this land.

The experience preaching at Manuel’s church was a good one.  They have a strong church. I wasn’t sure what it would be like to preach in English while Chester translated but it all worked just fine. He is used to it, of course, and I was much more comfortable than I expected to be.  The message began with Revelation 5:1-10 for a vision of who we are as a church of all tribes, nations and languages to serve God on earth.  We looked at John 15:9-17 to remember the primary instruction Jesus gave us before he left earth and then we ended with a reading of I Corinthians 13.  The power of God’s love is able to cross every barrier and we have to brave enough to embrace it.

When we left Manuel’s I wanted to go back to La Toma. I really didn’t get to say goodbye to Elvia and Daniel’s family and they invited us for lunch again but we were with the teachers and had to decline. So we went to their house.  By this time in the whole adventure, Adolfo had loaned us his car until Monday so we were driving. The road going into the community is awful. It’s like driving in a river with rocks that over which you can’t imagine you would ever drive your car.  Four-wheel drive Jeep – yes; Toyota Camry – no! We were nervous and also unsure of what the kids might do to the car while we were visiting. But our concerns were of no regard. We didn’t get stuck, the kids didn’t storm the car (they would have only done it out of energy and excitement) and we got out before dark.  It’s all good!

The visit with Daniel & Elvia’s family was awesome.  The father/ husband was home because it was Sunday.  He talked and talked. We were able to thank him for being such a good father and raising the kids so well.  As soon as we got there we received a stool to sit on and a class Pepsi, of course.  Elvia ran to get Daniel, Eduardo and David – all of whom had gone to the river to swim.  In a few minutes here came Elvia and her mom came with a live chicken.  Knowing this was a sign for the chicken to soon become supper, we explained we couldn’t stay for dinner.  So they got a box and string and began to tie the chicken’s feet together so we could take it with us!!!  Chester and I both began to talk like crazy and when he explained I was leaving and we didn’t have a place to cook anyway, they said he could take it home with him to Xela!!  It was so funny.  Chester said, “I don’t know how to kill a chicken and then I don’t know how to cook it!”   We laughed so hard; one of many hilarious things that have happened over the past 2 weeks.

I had a lot of peace as we drove out of La Toma this time.  Peace about leaving and peace about the time to come.  A door has been opened here.  At breakfast this morning I was talking to Adolfo and he said, “a WIDE door has been opened” and all three of us spoke of the future and what God may be doing.  We agreed to pray on it.  Last night Manuel said he would like for us to teach the youth in his community just like we did at La Toma.  So he is praying too.

There is a need for spiritual nourishment and encouragement in this land.  There is a need for us to recognize the state of life in this culture that has been ravaged by war, corruption, hurricanes, earthquakes and simple despair.  For me, I know God is showing me something I need to see.  It is like what I was shown when I went to Nicaragua in 2004 and again in 2008 – but something is different this time.  Something is pressing, even urgent. Something is rising in a generation of young people that I see and understand.  I know God opens windows and doors in special timing – the timing of the Divine.  I don’t know why or what makes the “timing” perfect – but I’ve watched it happen over and over again so I know it is true.

God is still creating.  And the song I hear gets a little more beautiful every day.

And they sang a new song, saying:

“You are worthy to take the scroll and to open its seals,
because you were slain, and with your blood you purchased for God
persons from every tribe and language and people and nation.
You have made them to be a kingdom and priests to serve our God,
and they will reign on the earth.” 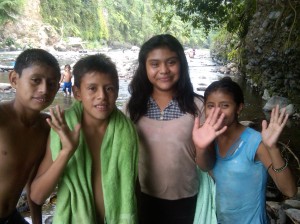 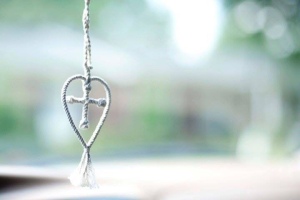